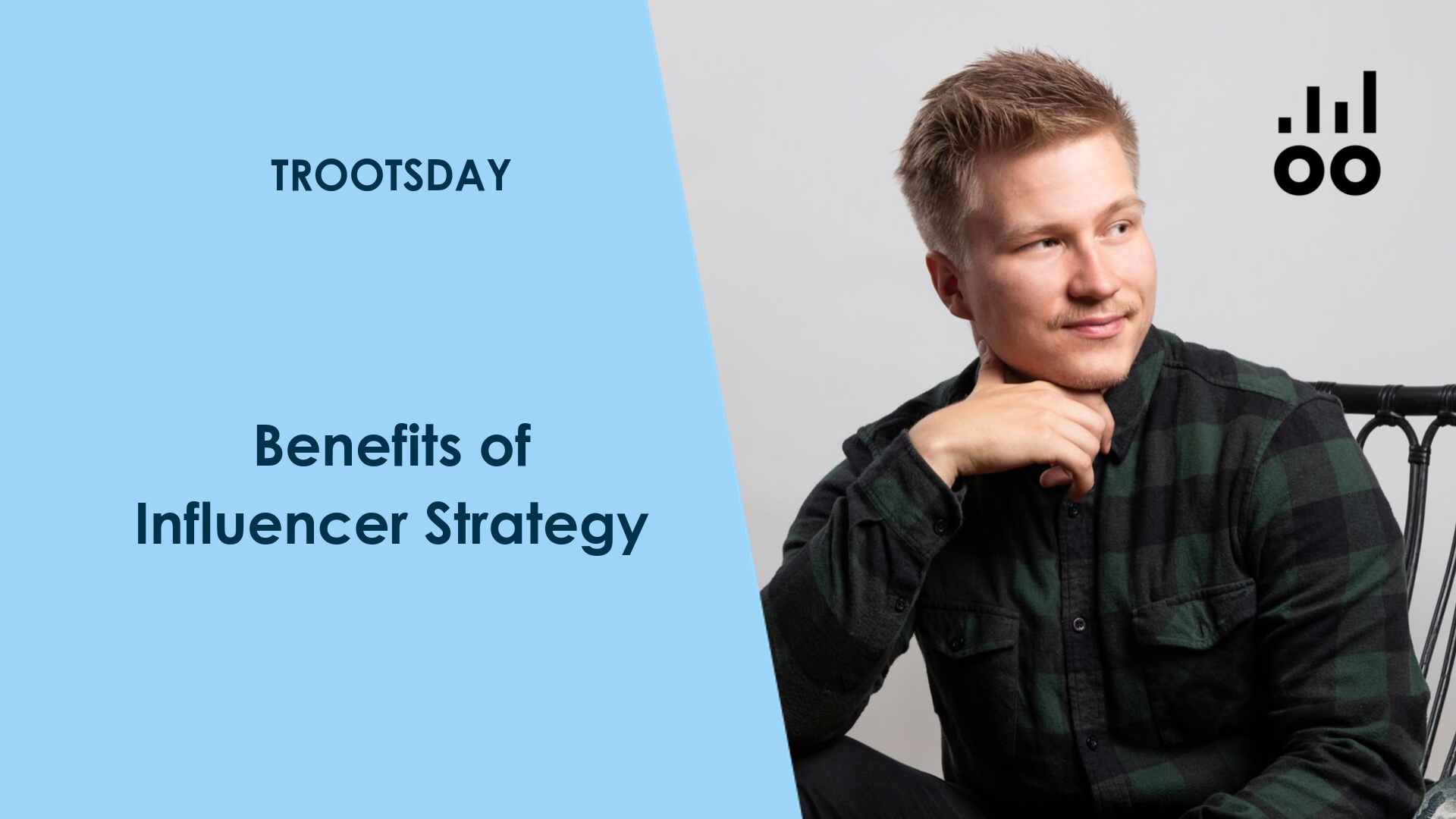 Why does an advertiser need an influencer strategy?

Read first: What is an influencer strategy?

The popularity of influencer marketing has led to the overflow of advertising on many influencers’ channels. Too many commercial collaborations, in turn, drive the audience away – up to 38% of viewers have stopped following the influencer because of excessive collaborations.* The quality of implementations becomes of importance should the advertiser want to stand out from the flood. More and more companies have thus begun to create an influencer strategy.

What are the benefits of it?

Companies in almost every industry for which influencer marketing is relevant have begun to utilize influencers as part of their marketing. A company should therefore consider how it differentiates from its competitors in influencer marketing. Does it seek to annoy or serve audiences? Does it want to build a brand or sell products? Or perhaps both? It’s worthwhile for an advertiser to constantly analyze other companies in the industry, and adjust its own doing to meet its goals.

Instead of the advertiser buying influencer posts to individual campaigns (in which case the cost of one action becomes more expensive) it makes sense for all parties to negotiate a long-term cooperation. An influencer strategy allows the advertiser to avoid unnecessary actions that would not serve the big picture. The primary goal of long-term partnerships is to build a loyal brand relationship between the influencer and his/her audience.

A long-term collaboration improves the chances of an advertiser to attach the influencer of its choice into campaigns and to ensure that, for example, competitor collaborations are not seen on the influencer’s channels. The more accurate the target group definition (for example when choosing themes and languages) the more limited the number of quality influencers.

Long-term partnerships often mean that influencers can concentrate on content production in peace. In a partnership that values ​​all parties included, everyone wins and it is also possible to gain earned media. In addition, long-term collaborations are viewed positively by the public. According to our study, 65% of young adults in Finland and 56% in Sweden, prefer longer term partnerships to short term ones.

*Contact us for the recent influencer study made in Finland and Sweden.

Send us a message!