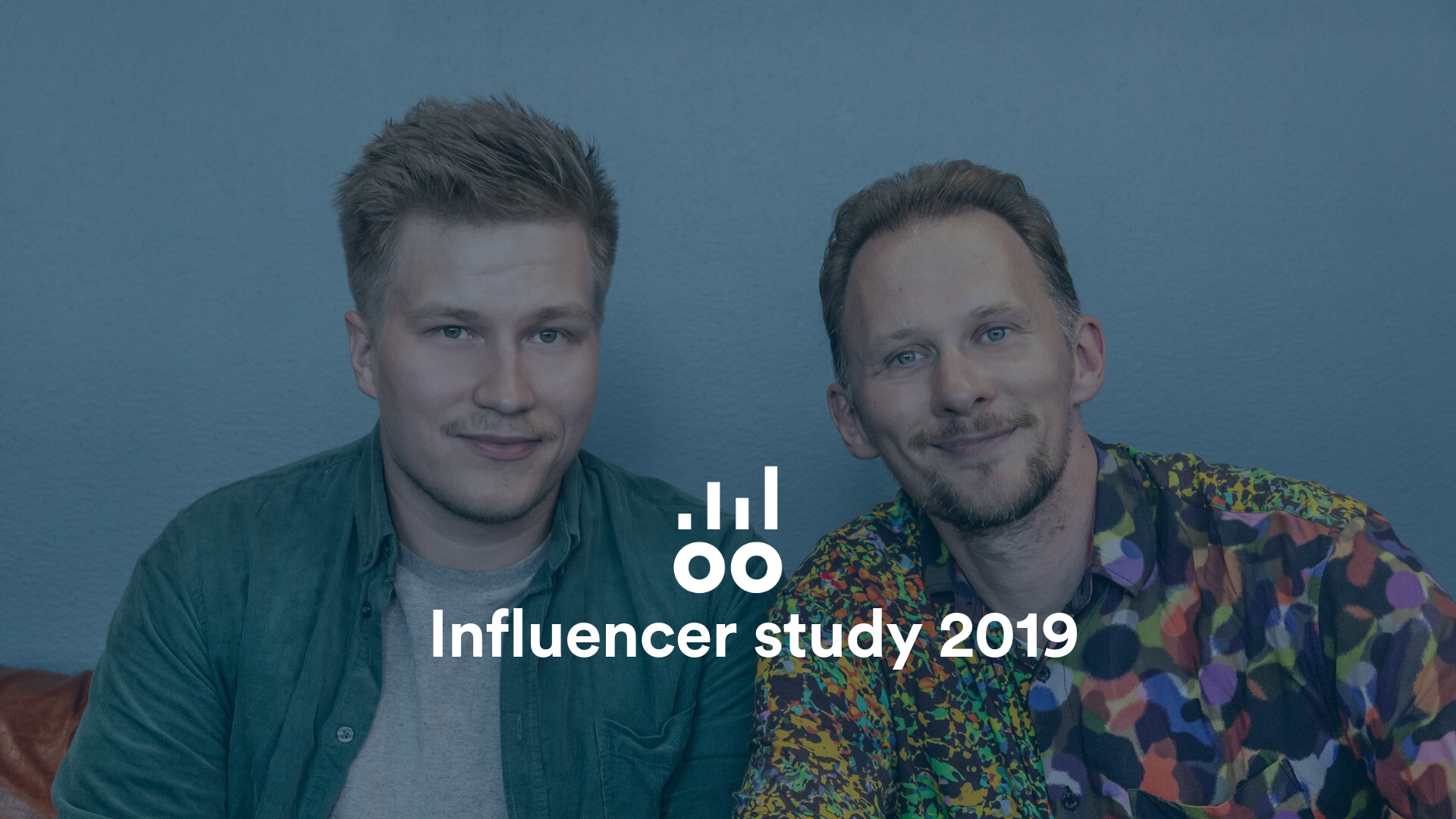 The new influencer study is out! Commercial collaborations in social media divide opinions more than before

YouTube is the most influential media among 15-35-year old Finns and Swedes, confirms our recent study conducted together with OMD Annalect. Commercial collaborations on YouTube are also viewed more positively than advertising in any other media. While the attitude towards influencers’ commercial co-operations is positive, it divides opinions more strongly than earlier.

Young Finnish and Swedish adults consider YouTube, web-TV and Spotify to be their most important everyday media. According to the influencer mapping done by Troot and OMD, up to 93% of all 15- to 35-year-olds in Finland, and up to 96% in Sweden, watch YouTube videos weekly. The viewing of videos is considered nearly 20% more important than in the previous year.

According to the report, the attitude to the commercial collaborations of influencers is mainly positive in all the social media channels, but they generate more negative reactions than before. Negative attitudes towards commercial co-operations on YouTube, Instagram and blogs have risen by a few percentage points compared to last year’s study.

“It is understandable that commercial collaborations also frustrate, especially if done carelessly or too often in the influencers’ channels. Therefore, it is important to focus on content rather than quantity,” says Jarno Laasala, a founding member of Troot and also known from the Dudesons.

“Young adults say that they consider quality to be the most important thing in partnerships. Even one collaboration can be annoying if the creator is not really behind the brand or the implementation is weak. Goal-oriented content designing and finding the right influencer form the cornerstones of quality,” continues our CEO Joona Haatainen.

According to the latest survey, 46% of 15- to 35-year-olds Finns, and even a bigger percentage of Swedes, feel that their purchase decisions are at least sometimes influenced by influencer collaborations. YouTube videos have a stronger influence on purchasing decisions than, for example, Instagram or blog content. Especially clothes, groceries, cosmetics and electronics are purchased on the basis of Youtube videos.

Send us a message!